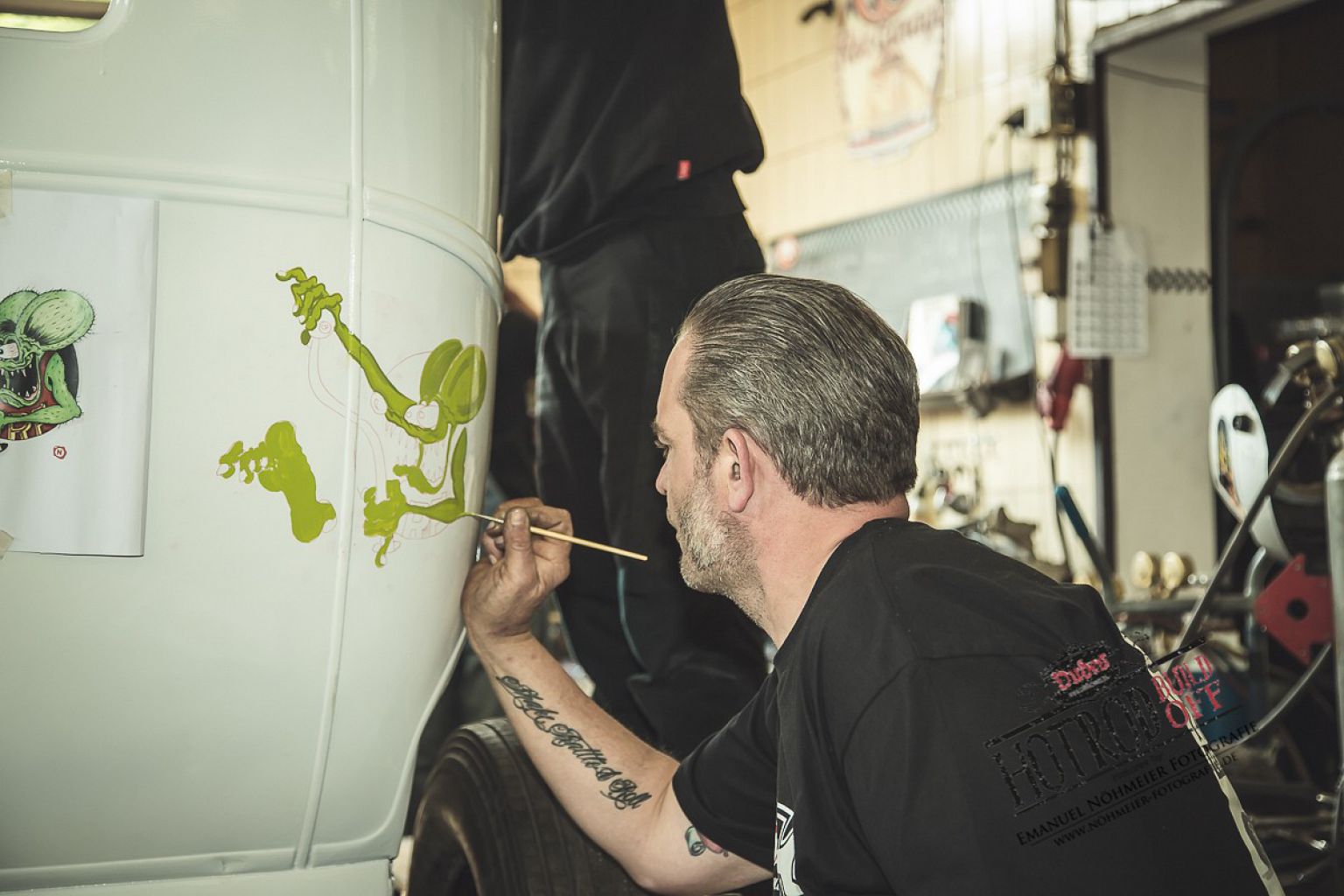 I am Nic Nagel, 43, graphic designer, mechanic and collector.

In 1988, I wanted to become a car or motorcycle mechanic education. My father has changed my plans... i started as a screen printer. Now – afterwards, it was the right decision. So I learned to print and handletter signs. Old School - still with pen and brush. Without any digital resource.

It was the start for my passion to paint, draw, lettering, pinstriping and graphics generally. Over this way I started my own business 8 years later. First as a freelance graphic designer and illustrator, later - 2001 - with an advertising agency. The NAGEL Advertising Agency has become one of the largest full service agencies south of Munich. The size and expertise of my staffs allows me now to do more "art". 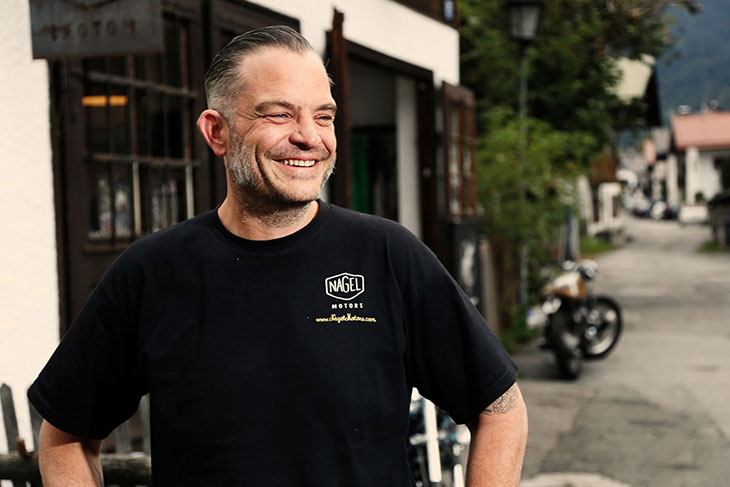 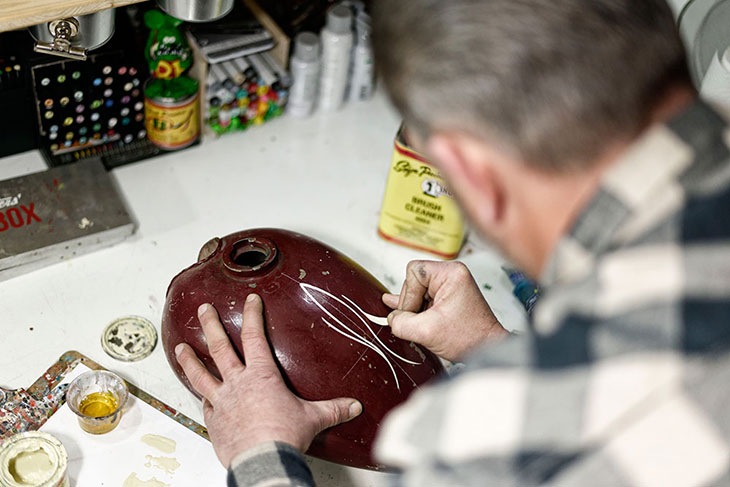 Through my "extreme" passion for old Vespas, old motorcycles, hot rods, classic cars and my "love" to California i’ve been involved for nearly 20 years with the Kustom Art, Kustom Kulture and Hot Rod Scene. Hardly a day passes where I do not think to one of these things. It's wonderful when you can live your hobby.

I started in january 2015 with the idea for the Rat Fink Project. I drew last year one Rat Fink weekly. On paper, on helmets, on skateboards, on bicycles, on cars and motorcycles. Finaly there was the Ed Roth Vespa # 52. All in all, it was after 52 weeks not exactly 52 drawings and objects. Meanwhile I have over 200 different Rat Finks in all forms and on all materials. That can be seen on 2 and 3 April 2016 in an exhibition in my Hometown Garmisch-Partenkrichen.

Just watch again on this website - it is certainly always something new... 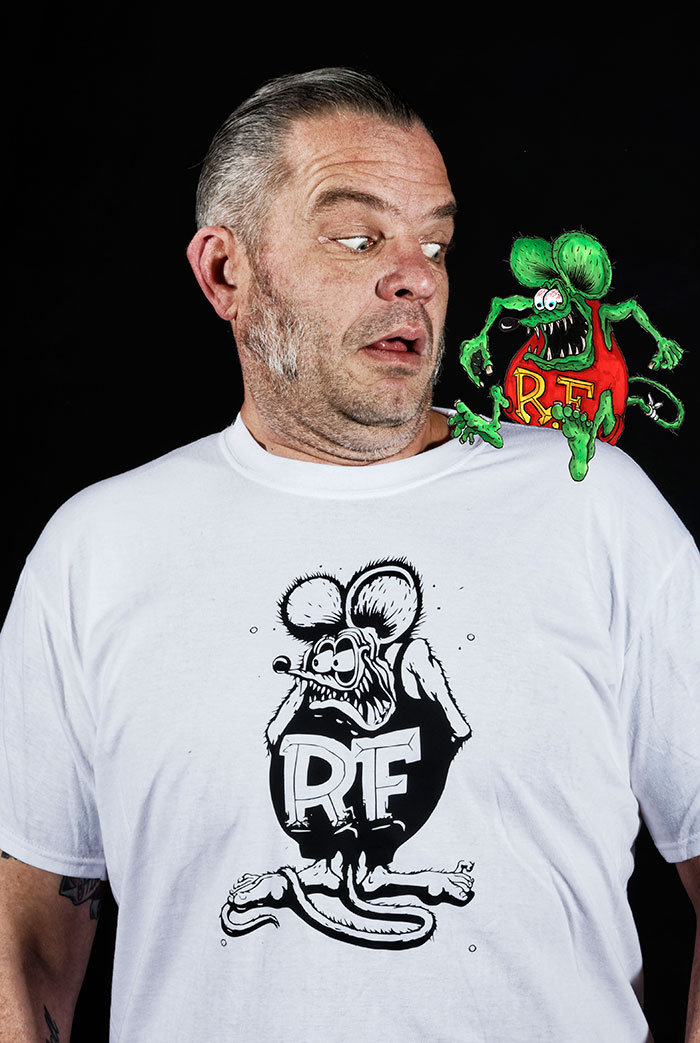 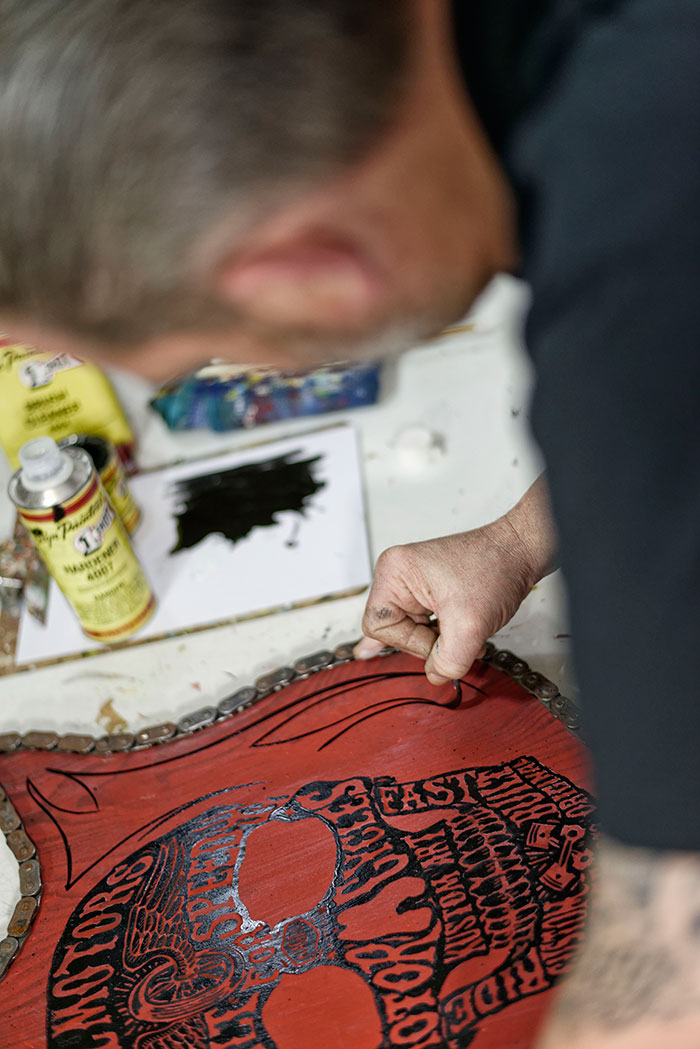 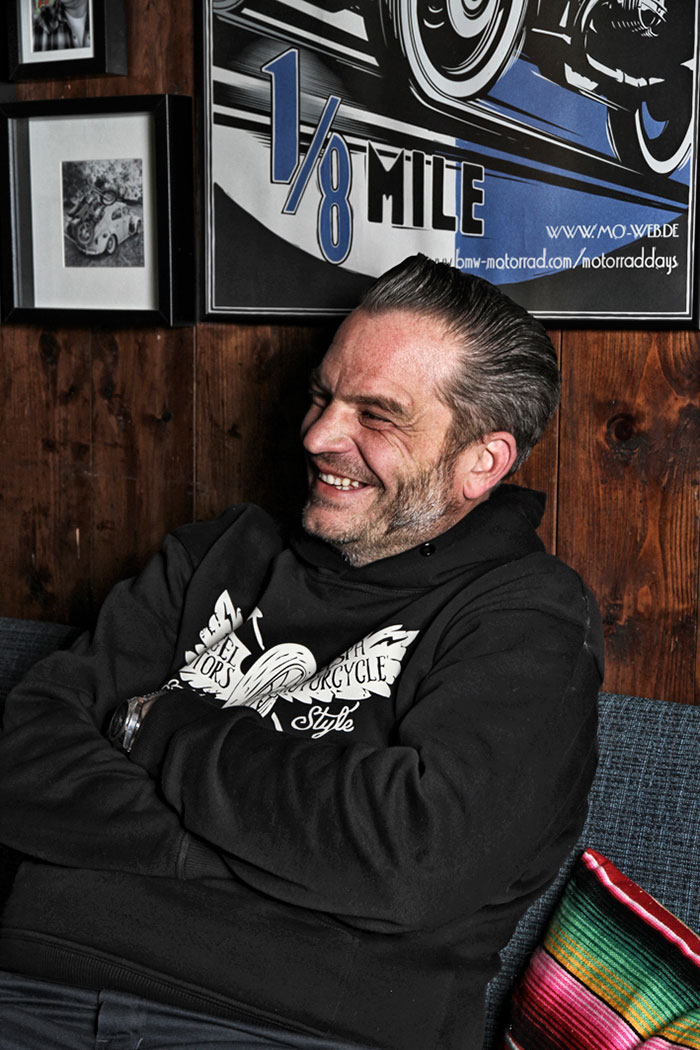